The Consulate General of Mexico in San Francisco presents Numina Femenina: Latin Women in the Arts, the first project of its kind to celebrate creative femininity rooted in the poetics of Spanish origin, and which activates discursive links between cultural producers of Latin origin. Numina Femenina includes a full range of artistic disciplines –visual arts, literature, film, music, and dance– in a total of sixteen events. The project aims to encourage women’s development by generating spaces for artistic creation and its exposure, as an impetus for further discussion on the direction of contemporary art.

Special one night event: Numina Femenina: Latin Women in the arts launched on October 13th at the Reception of the Latino Heritage Month Celebration at City Hall, thanks to a partnership between Mayor Edwin M. Lee, the Consulate General of Mexico in San Francisco and Wells Fargo, the presenting sponsorship of Numina Femenina. At this special one night event, the Consulate displayed a video sample of the invited artists’ works, and was pleased to present performances by Diana Gameros, The Tea Dancers Company and The Bernal Hill Players.

Visual Arts: The main visual arts exhibition took place from October 20 through December 13, 2011, at the Consulate General of Mexico in San Francisco and featured works of art from 24 artists from various countries. Interventions throughout the building provided a unique opportunity for the many daily visitors to view contemporary art while they process official documents at the Consulate.

Literature: In partnership with Litquake and the Center for the Art of Translation, Numina Femenina: The Voice of the Feminine in Mexican Literature, presented a reading by Carmen Boullosa and Pura López Colomé on October 14th, 18:00,  at Tres. Carmen Boullosa and Pura López Colomé are two of the leading figures in the constellation of women writing in Mexico and Latin-America today. Boullosa and López Colomé together, not only represent the spectrum of expressions that make up the contemporary Latin-American literature today, they also testify to the increasing relevance that the feminine viewpoint has gained, as much as the possibilities of innovation that their voices uniquely bring about. On October 15th, 16:00, Pura López Colomé had a great Poetry for Children event at the Consulate General of Mexico in San Francisco.

Film: In partnership with the Mill Valley Film Festival, Numina Femenina showed Paula Markovitch´s The Prize new film and the film maker will be at the Festival.

Music: Numina Femenina also celebrated the Day of the Dead, in partnership with the San Francisco Symphony and the Mission Cultural Center for the Latino Arts (MCCLA). For this Mexican holiday, Oaxaca-based arts collective Lapiztola produced a special installation at the MCCLA Gallery, in addition to a massive installation at Davis Symphony Hall, which was visible from the exterior. 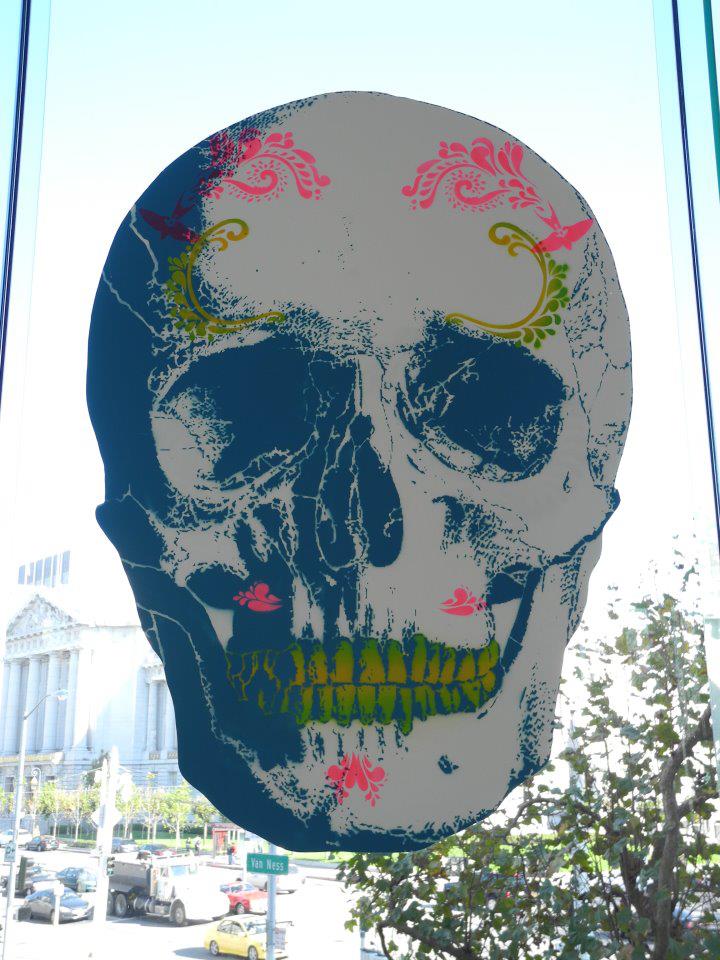