Thanks to the invitation by Japanese artist and curator Yuguen Onodera san, I traveled to Japan for the first time. This trip represented to me a huge undertake since I know that there is a special connection between Mexico and Japan that I needed to address. All my life, I dreamed about going to Japan, and this was the perfect opportunity!

Onodera san is the organizer of the International Openair Expressions, an annual art festival held at the Tokyo Denki University that features outdoors art installations since 2002. Artworks must be strong enough to last for an entire year of exhibit and they ideally must utilize natural materials such as wood, rocks, and other natural elements to integrate with the aesthetics of nature.

The Tokyo Denki University, in the Saitama Prefecture, has a large area of nature, with huge trees, lakes, natural pathways, and wildlife that makes it a perfect environment to display artwork. Although the university focuses mainly on science and engineering –and not art–, the Department of Architecture, leaded by Kazuya Iwaki san is one of a kind. His laboratory allows students to fully integrate creativity and experimentation through architecture principles in a playful way; the products resemble art installations that visual artists tend to produce in museums and galleries.

For my participation, I decided to get inspired by my personal project Arttextum, which highlights the relevant topics of today’s society through the scope of art and translates them into visualizations of the cultural landscape in which cultural producers currently inhabit. In Arttextum everything has to do with connectivity, and we visualize the bonds of energy among participants through various means. For the IOE projects, I understood that in order to talk about the connections between distant worlds, I first needed to address the elements that makes such connection possible. Then, I had to turn my attention into the design of the Ubiquitous Compass which was created by Arttextum to guide us through periods of difficulties.

The IOE invitation consisted of various events. The first one was a talk to Iwaki’s students about my work and numerous Latin American artists and activists who utilize the principles of architecture to create multiple possibilities of work. To me, this was a great opportunity to talk about how cultures can be connected through their artists, their ideas, and their missions.

The talk served as an open door to start meeting Iwaki’s students, who ranged from Undergraduate to Doctoral students. Once the talk was over, students were invited to join artist Mick Lorusso and me during the production of the artworks that will displayed at TDU.

The IOE events also consisted of an exhibition at the Sanbancho Gallery, located in Kawagoe, in the Saitama Prefecture. My idea for connectivity began simple: as a line in the horizon that connects us all. I worked with tule and thread to thicken a line of mountain range which depicted the main volcanoes from the Ring of Fire of the Pacific Ocean. There was only one line in the Arttextum’s horizon that this installation highlighted, and this was the special connection that we need to remember when difficulties arouse in time. We are all connected, hence, we are all the same.

After the opening reception at the Sanbancho Gallery, we continued our work for the IOE at TDU. I designed a workshop that will help students organize their ideas and participation for the production of the artwork. While in Japan, I was curious to know the direction in which the Ubiquitous Compass of Arttextum will point. I knew that the starting point for it is always Inspiration, because in Arttextum this direction is equivalent to the North, from there, we thought of other strategies to cope with difficulties, so I wanted to know in which direction the Ubiquitous Compass will be pointing to within the Japanese context.

The Ubiquitous Compass has four directions. Each of these directions were connected to a season of the year, this is, Inspiration to Spring, Passion to Summer, Strength to Fall, and Intuition to Winter. Through a guided meditation leaded by Mick, students chose one direction from the Ubiquitous Compass. Each group then worked with specific kind of seeds -for example, flower seeds that grow only during winter- to form nendo dangos or seed balls, utilizing the provided material and local soil from the University gardens. Each season had its specific nendo dango size -for example, the nendo dango for spring season were only 2cm in diameter, while the nendo dango for winter had 4cm in diameter- and color -for example, the nendo dangos for spring season were red, while the nendo dangos for winter were blue. The idea was to produce as many nendo dangos as possible while maintaining a sense of inspiration and hope, sharing good vibes to the seeds.

Once the seed balls were done, the students and I went outside into the University’s gardens and chose a location. We then began coloring them with natural pigments, and carefully placing them in a circle that began with warm colors and moved to cold colors. The shape of the Ubiquitous Compass was determined by the chosen location, and its tip finally pointed to the south, in other words, Arttextum’s Ubiquitous Compass pointed to Strength for the Japanese culture. Great surprise!

Working with Japanese students was one of the most amazing experiences I’ve ever had. We all share laughters and smiles, we got to meet each other and work together to produce a collaborative art installation that was meant to address the connection between both of our cultures. This installation got to also share the space with Mick Lorusso’s installation, which focused on the microbial environment that lives in the air that connects all living being through breathing.

Thanks to Japanese artist Himiko Takawasa san, visitors of the IOE walkthrough were able to understand the concept behind this collective installations. Himiko san, a good friend a colleague from ENPEG, La Esmeralda in Mexico City, became our beloved guardian angel, guiding us through Japan and translating what we weren’t able to say in Japanese.

This series of events culminated in a talk at the Los Angeles Contemporary Exhibitions LACE, in Los Angeles, California. Alongside Maité Muñoz, an amazing archivist, I talked about Arttextum’s mission in seeing the connections between cultural producers in the context of the work realized in Japan. 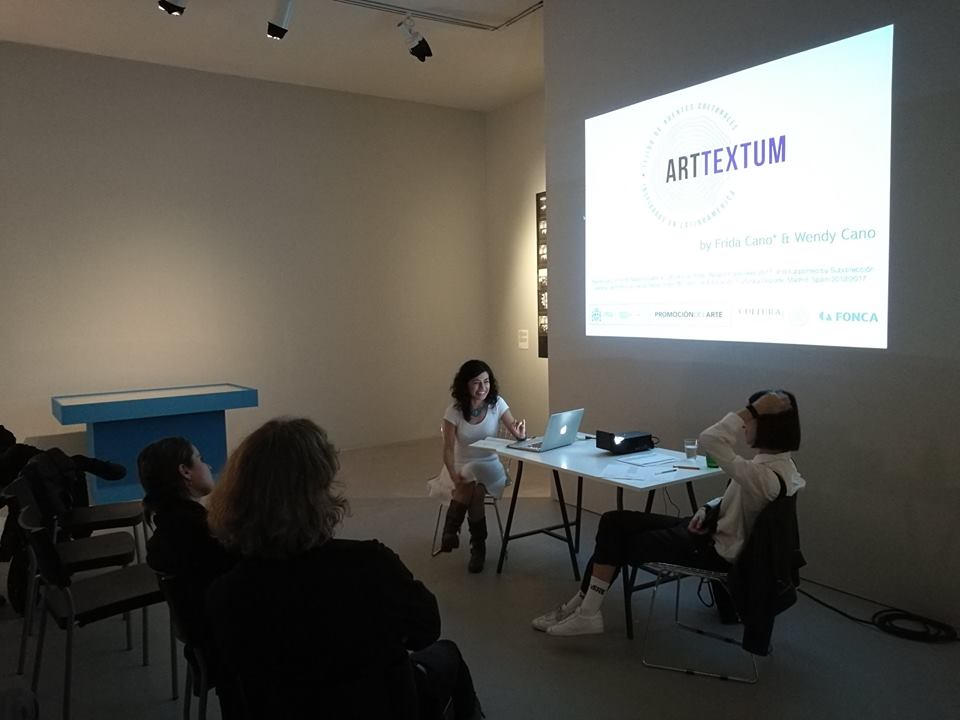 During Spring time, a new event took place: an exhibition that helps maintain the IOE program for the upcoming years. Mick and I were pleased to participate again in it. 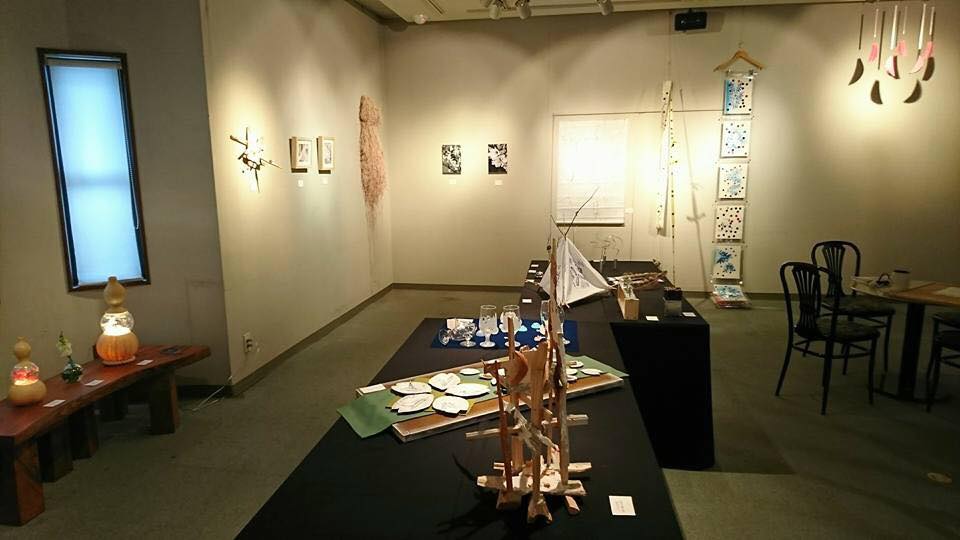